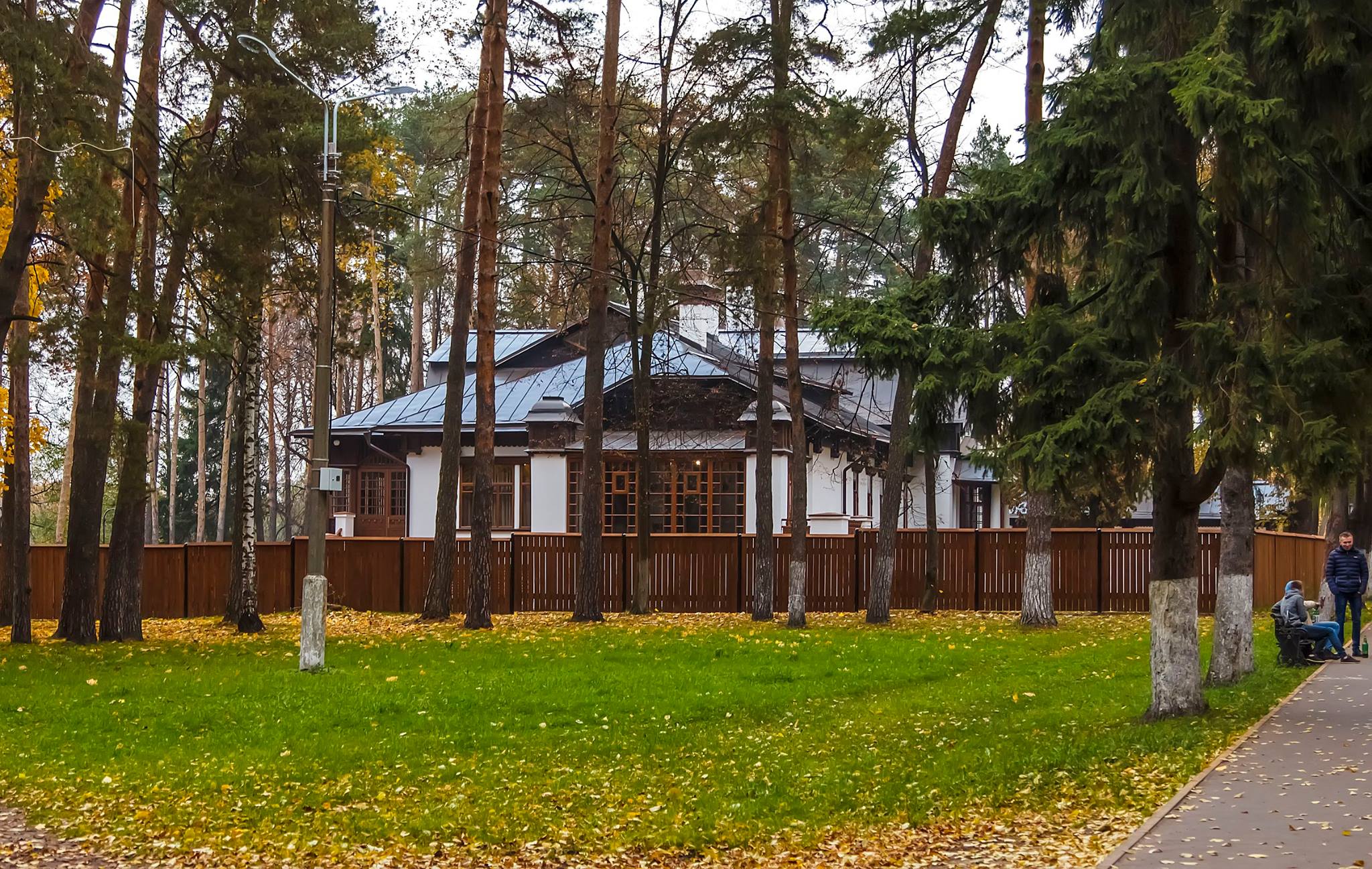 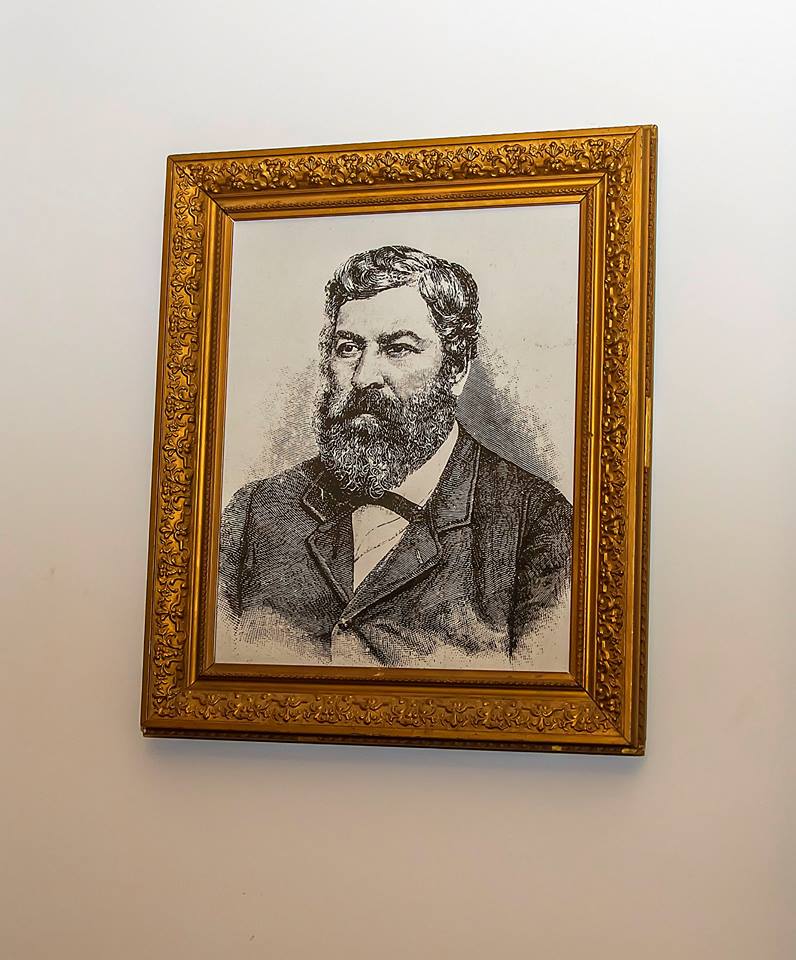 October 16, 2017, a landmark event of local scale took place in Glukhovo. Although, may be not local. Consider. After restoration, the house of Arseny Morozov, the grandson of the founder of the Bogorodsk-Glukhovsky manufactory and the great-grandson of the founder of the famous Morozov dynasty of industrialists, was opened, whose fortune according to Forbes in 1914 was the fifth largest in the Russian business rating. Someone will say that this is wrong. Those who occupy top positions in Forbes are obliged to live in a villa in Nice or, at worst, in a castle near London, but not in some kind of Glukhovo, next to factory smoking chimneys. But the Morozovs did a lot wrong, contrary to modern vision of life and work of successful entrepreneurs.

For example, at least the founder of the dynasty - Savva Vasilievich. Having spent his youth on acquiring weaving skills, at the age of 27 he married the dyer’s daughter and decided to start his own business. The wife brought the secrets of finishing the material in the dowry, the landowner gave 5 rubles for the wedding, and then he had to develop himself.

Again, stupidity from a philistine point of view. A disenfranchised serf, and even an old believer, was doomed to work for someone else, for the landowner, who at any moment had the right to control not only the fate of his serf, but also his property. True, Savva started the business at a good time - the short reign of Paul the First, who quarreled with England and closed the Russian market for their goods. Presumably, this circumstance was used by a young businessman with considerable benefit. He was able to increase capital after the Moscow fire of 1812, when the fire destroyed the factories of the capital's competitors. But what is the use of capital if the “controlling interest” is in the hands of the owner, the landowner Ryumin.

For some reason, Savva was not in a hurry to redeem himself and enter the merchant class. Probably, he was waiting for something. And he waited until the age of 53. Interestingly, what prompted him to such a decision. Either the growing sons (Elisey was already 25, Zakhar-21, Abram- 17, Ivan- 11, and also Timofey was born). It was necessary to think about the handing over capital, but in order to hand over something, he needed to fully dispose of it. Either the conditions seemed favorable - with the adoption of the protectionist tariff of 1822, domestic business began to grow by leaps and bounds. In any case, Savva Vasilievich bought himself and four sons from serfdom, and at the same time acquired the land of the former landowner in order to place the construction of factories on them.

But having signed up for the merchants, Savva Vasilievich conducted business in a particular way. At the age of 61, already the owner of factories in Nikolsky and Moscow, he opened a distribution office with his son Zakhar in the chief town of Bogorodsk and, figuratively speaking, began to grow competitors, supplying homeworkers (freelancers of that time) with raw materials and selling their goods.

The question is, why? Who knows. Maybe, because of altruistic reasons, remembering his own hard life of the serf. Maybe for the benefit. In England, a crisis happened, bringing prices down for textile raw materials. Cheap cotton fabrics became available for a new huge layer - the peasantry. The market had grown and longed for a speedy saturation. The main thing is more and cheaper. And what could be cheaper than the work of a homeworker? Only machine weaving. But the British, the monopolists in the manufacturing of equipment, in no way allowed the export of weaving and spinning machines. In 1842 they allowed. Just when Morozov Zakhar Savvich got his father’s business in Bogorodsk and bought Glukhovo.

It was also not the best step in terms of common ideas about entrepreneurship. Why giving business to children? We know from English novels that children should inherit business, and not from a living parent. Otherwise, no detective story will be. But Savva Vasilyevich, probably, had his own logic. When in the 1840s a series of laws of Nicholas I broke out, restricting the rights of old believers (up to the ban on doing business and handing down the business to the heirs, because the children of the hardened old believers were considered a priori illegal), the ancestor of the dynasty treated these repressions with a condescending grin. He had already handed down material capital to his sons, having retained only intangible - reputation. It allowed to build new factories without loans and equip them with the most modern English equipment. Sure, reputation is more valuable than money ...

We can talk about Morozovs for a long time, but why? There is an audio guide “Old Glukhovo” about the history of the Bogorodsk-Glukhov manufactory. If the house-museum of the Arseny Morozov family is available for visiting only by appointment (phone: 8-926-722-36-00), then you can listen to the “Old Glukhovo” audio guide at any time and any number of times.

However, as you know, it is better to see once than hear a hundred times. So, come to Glukhovo - a good excursion into the past with a whole bunch of positive. One restored house of Morozov is worth. Its restoration is the merit of Vyacheslav Vasilyevich Fomichev, the head of the Military Technical Museum and a deputy of the Moscow Regional Duma. Maybe for some people differs from ordinary ideas about deputies. But there's nothing to be done. It's not about ideas, but about strategies. Someone prefers to go with the flow, while someone goes their course, using a fair wind. The historical experience of the Morozovs suggests that the second strategy is winning.