The story of one part 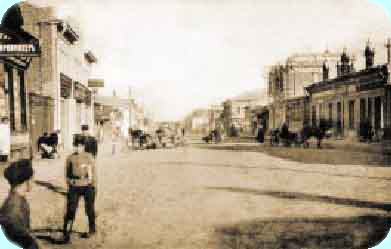 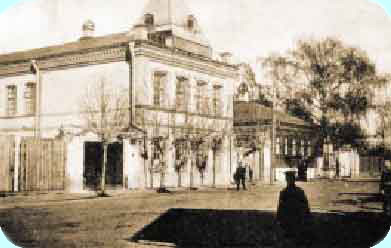 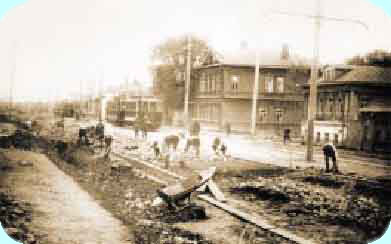 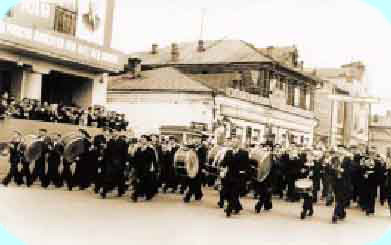 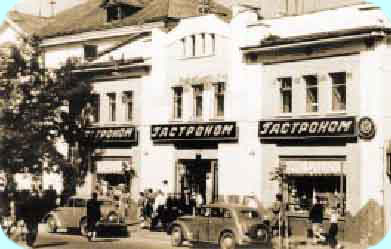 Bogorodsk arose in the 16th century, as the village of Rogozh.

On October 5, 1781, Catherine II ordered, by a registered decree given to the Senate - “On the Establishment of the Moscow Province”: “... to the General, in Moscow, the Commander-in-Chief, Prince Dolgorukov-Crymsky, at the end of the future 1782, to execute according to the Institutions issued for the administration of the provinces, in which capital city, in the Moscow province, composing it from 14 counties, namely ... Bogorodsk ... as a consequence, rename the cities ... the stage village of Rogozhu ... called ... Bogorodsk. ” As expected, the number of “souls” in the territory of the future county was about 30 thousand.

On December 20, 1781, Catherine drew “Be it accordingly” on the Senate report, which, at the empress’s discretion, presented descriptions of the emblems of the new cities of the Moscow province. The coat of arms of Bogorodsk quite definitely reflected the prevalence of silk weaving in the county - silk factories worked then in 44 villages.

On October 5, 1782, the solemn “opening” of the Moscow province and, simultaneously, the Moscow and Bogorodsky districts took place. On October 7, in the Kremlin, the nobility of the province,  was "divided by the district in different chambers," elected district leaders of the nobility. The Bogorodsky nobles chose Lieutenant General S. A. Vsevolozhsky as the leader.

The population of the city of Bogorodsk at that time was a little less than 5 hundred inhabitants.

On January 16, 1784, the Empress approved the plan of the city of Bogorodsk.

Until 1796, the county consisted of two famous monasteries with gardens: Holy Trinity Lavolta and Khotkovsky.

During the short reign of Paul I - in 1796 - 1802, the district was liquidated, its territory was divided between Dmitrovsky and Kolomensky ditricts. The city of Bogorodsk during these years was supernumerary or “unimportant town”.

Since 1802, the state peasants, and there was a significant number of such peasants in the county after the secularization reform of 1764, were united into three volosts: Amerevskaya, Vohonskaya and Zaponorskaya. After the reform of 1861, the number of volosts increased to 23, then decreased to 17 and remained so until the revolution.

In 1815, 596 residents lived in the city of Bogorodsk, including: male - 350, female - 246. The prevalence of the number of men was explained by the number of servicemen stationed in the city - 135 people. There were 78 houses in the city, all of them are wooden. The city occupied an area of ​​1217 square meters. fathoms or 5540 square meters (55 are, half a hectare). It can be assumed that the city at that time was located in a square (approximately) between the modern streets: Trudovaya and January 9, Rabochaya and 3d International.

On June 2, 1844, a government decree was issued on the establishment of the provincial city of Pavlovsky Posad, it included the village of Pavlovo (Vohna) and the villages of Dubrovo, Zakharovo, Melenki and Usovo. The Town Hall was established to manage urban affairs, with it an orphan and estate court, a police station. Being always the most commercial place in the county, with the commissioning of the Nizhny Novgorod road in 1861 - 1862, Pavlovsky Posad was also experiencing active industrial development. By the end of the 19th century, 9991 inhabitants were registered in Pavlovsky Posad; by 1917, the number of inhabitants would increase to 19 thousand.

On June 18, 1840, the Rules for "Decisive Destruction of Posessional Institutions in the State" were highly approved. On the basis of this law and for various reasons (the closure of the gun-powder factory in Obukhov, the petitions of the owners of the enterprises of Kupavna and Fryanovo, “who found the work of civilian workers more profitable”), the in-house factory peasants Obukhov, Kupavna, Fryanovo were released in the late 1840s, many of them “arrived” in the middle class, others received the status of state peasants.

According to the data of 1873, there were 5 petty bourgeois settlements in the county: Spasskaya (Lapino, Zagorodnaya), Staraya Kupavna, Obukhovskaya (Obukhovka), Petrovskaya (State Elk Factory), Fryanovo. All of them were attributed to Bogorodsk, were called suburban and controlled by the Bogorodsk bourgeois warden, which caused discontent among the population of the settlements.

In 1873-1882, the townspeople of the Kupavinsky settlement, assigned to the city of Bogorodsk, fought hard to separate the settlement from the county town and transform it into a settlement with the name “Aleksandrovsky”.

In 1896 there were already 111 stone and 1930 wooden buildings in Bogorodsk, including residential buildings: 65 stone and 790 wooden.

In May 1913, the first turbine of the first in Russia regional power plant on the peat “Elektroperedacha” was launched, and a village emerged that became a city of regional subordination with the name Elektrogorsk on April 25, 1946.

With the beginning of the construction in 1916 of equipment and electrometallurgical plants in Zatishye near Bogorodsk, a new settlement appears. In 1925, the name "Elektrostal" gets the railway station. In 1928, the town of Zatishye became the village of “Electrostal”, transformed into a city in 1938, since 1939 the city acquires the status of a city of regional subordination and leaves the Noginsk district.

In 1917, under the Provisional Government, power in the county was personified by the county commissar I.S. Chetverikov, the dual power in the county was quite certain at that time various revolutionary councils, working committees, Soviets, and RCPb cells were already functioning. After October, actual power was concentrated in the hands of the district committee of the RCPb. Formally, the state in the county was represented by the Soviets. For some time in the county, power belonged to the Bogorodsk Regional Council of Workers' and Soldiers Deputies, from January to March 1918 - to the County Council of workers, peasants and soldiers deputies, from April 1918 to September 1929 - to the County Council of workers, peasants and Red Army deputies, and in the period between congresses of the Soviets - to the Executive Committee. The Executive Committee of the Council of Peasant Deputies at the beginning of 1918 existed separately. Due to extreme “counter-revolutionary activity”, it was dissolved, and the peasant leadership (Bulygin, Solovyov, and Novikov) was arrested in March 1918. The “union” of the Soviets of workers and peasants' deputies took place at the Extraordinary County Congress of Soviets in April 1918.

On June 3, 1917, the Provisional Government of the villages Zuyevo, Orekhovo and Nikolskoye were united into a city, elections were scheduled for the City Duma. The city was supernumerary and was part of the Bogorodsky district.

In 1924, the Decree of the Presidium of the All-Russian Central Executive Committee of September 31 approved the following administrative division in the county: Bogorodsky district - the center of Bogorodsk - in the county of 255 villages; Volosts - Aksenovskaya (center of the village of Fryanovo) - 34 villages; Vasilyevskaya (center of Kudinovo station) - 52 villages; Ivanovskaya (center village Alekseevka 1st) - 22 villages; Karpovskaya (the center is the village of Karpovo) - 17 villages; Pavlovo-Posad (center of the city Pavlov-Posad) - 63 villages; Suburban (at different times it was called Pervomaiskaya, Oktyabrskaya) (the center of the city of Bogorodsk) - 67 villages. Prigorodnaya (Pervomayskaya) volost, according to the Decree of the Presidium of the Moscow Soviet on April 21, 1924, entered: the villages of Bunkovskaya (Alekseevo, Dalnaya, Karabanovo, Sledovo, Timkovo and villages on the western bank of the Sherna river); Yamkinskaya in full force; from Ivanisovo Pavlovoposadskaya; eastern part of Ivanovo.

Then the western part of the Shalovskaya, Were annexed to the Vasiliev, Novinskaya in their entirety, and Bunkovskaya (with the exception of villages that belonged to the Prigorodnaya were included in Pavlovoposad volost. In Bogorodsky district then there were about 280 thousand inhabitants.

In the Moscow province in 1925, out of 13 pre-revolutionary districts through reorganizations, 17 became with 194 volosts.

On January 20, 1930, the Presidium of the All-Russian Central Executive Committee decided: the city of Bogorodsk and the station Bogorodsk should be renamed the city and the station Noginsk, the Bogorodsky district should be renamed Noginsk. The decision was made based on the petition of the Moscow Regional Executive Committee: “inconsistency of the existing name with the modern system and the cultural and political level of the population”.

In December 1938, by a decree of the Presidium of the Supreme Council of the RSFSR, the workers' settlement Electrostal was approved by the city of regional subordination. The population of the city was 44607 people.

In the first minutes of 1964, a hundred thousandth resident was born in Noginsk - Kostya Komissarenko from Uspensky.

In January 1965, after all the administrative turmoil of the times of N. S. Khrushchev, the Noginsky district was re-formed with the center in the city of Noginsk by decree of the Supreme Council of the RSFSR. The region included: Elektrougly, the villages of Obukhovo, Kupavna, named after Vorovsky, village councils Balobanovsky, Vishnyakovsky, Aksenovsky, Kudinovsky, Mamontovsky, Stepanovsky, Chernogolovsky, Pashukovsky, Bunkovsky and Yamkinsky. The population of the district was about 2000 thousand people. In the district there were four state farms: n.a. Chapaev, n.a. Gorky, Noginsky and Kudinovsky, a poultry farm. Arable land in the amount of 12.5 thousand hectares. In fact, the council of workers' deputies was district, but was called city and consisted of 339 deputies. Each village and village council consisted of 50-75 deputies.

The number of inhabitants in Noginsk by the end of 1965 was already about 101 thousand people, compared with 1939 it grew by exactly 25%, that is, the average annual growth was slightly less than 1%.