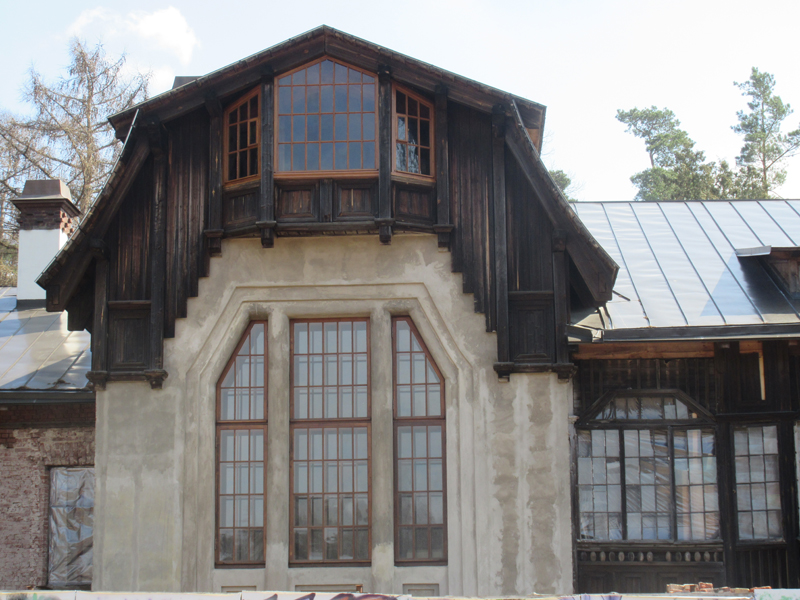 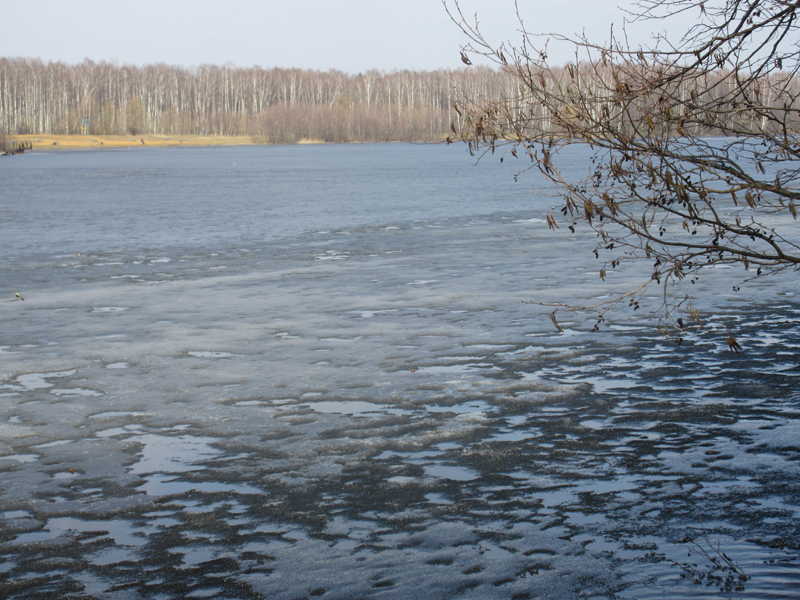 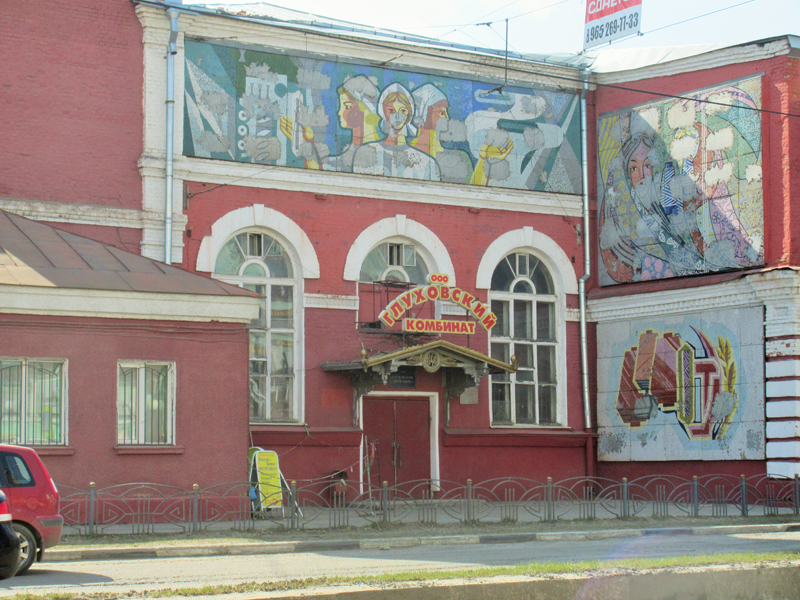 At the end of the 19th century, the Bogorodsk-Glukhov manufactory was considered as one of the largest and most advanced textile enterprises in the Moscow Region. The heyday of the factory came during the reign of one of the representatives of the Morozovs dynasty of industrialists - Arseniy Ivanovich. His house, built in the Art Nouveau style at the beginning of the 20th century, has been preserved to this day in the Glukhovsky park of the city of Noginsk.

"The old man on a stump"

Arseny Ivanovich Morozov is a bright and ambiguous figure in the history of the Bogorodsk Territory. Perhaps the most complete portrait of the manufacturer is given in the book of Dynnikova Irina Vladimirovna "Morozovsky choir in the context of the old believer culture of the early XX century." Arseny Morozov is a fanatical old believer and lover of church singing, who received an excellent education in England and applied advanced technologies for his time at the Bogorodsk factory. Some remembered him as a tough leader "with a whip in his hands," others as a caring owner who understood the needs of the workers.

The architect Bondarenko Ilya Evgrafovich described Arseny Morozov's appearance in such a way: "Not tall, stocky ... with a small beard, with furrowed eyebrows, from under which his eyes looked fast, open, but kind." The granddaughter of the industrialist recalled that after the revolution, Arseny Ivanovich calmly accepted the nationalization of his factory and continued to live near the manufactory. Sometimes he went into the shop to look at work, and when he didn’t like something, he sent his comments in letters to the “all-union headman” Kalinin.

In the Soviet newspapers and journalism of that time, Morozov was painted as an evil "old man on a stump." Under the new government, the former owner of the factory allegedly "came from Bogorodsk, sat on a stump away from the factory in the forest, so that passers-by would not see him, and looked gloatingly at the fading factory buildings." After the manufactory was taken from Morozov, production, indeed, sharply declined. In 1918, out of almost three and a half thousand machines, only two hundred worked. The former owner of the factory in those years loved to stop the worker walking towards him, beat him with a stick on the ground and asked with malice: “So, you got your power, damn fool, and the factory stopped?”

Arseny Ivanovich was the great-grandson of Savva Vasilyevich Morozov - the founder of the famous dynasty of entrepreneurs. Savva was an ordinary serf of the village of Zuevo Bogorodsky district. His great fortune began with five rubles, donated by the master on the occasion of the wedding. After the famous Moscow fire of 1812, almost all cotton production was destroyed in the old capital, which served as an impetus for the development of fishing in the cities of Moscow Region. Not the least role in the success of Savva Morozov was probably played by his fanatical industriousness and belonging to strict Old Believer teachings. According to rumor, Morozov walked every day from the village of Zuev to Moscow to Rogozhskaya Zastava to trade the yarn. Over time, Savva accumulated so much money that he was able to buy freedom from the landowner not only for himself, but also for his four sons. Savva Vasilyevich Morozov at the end of his long life became one of the richest people of his time.

One of the sons of a peasant who had grown into a millionaire, Zakhar Savvich, inherited the department of Nikolsky manufactory in the city of Bogorodsk, now Noginsk. In 1842, he bought the village of Glukhovo two miles from the city and transferred his enterprise there. Since that time, the history of the Bogorodsk-Glukhov manufactory began. Zakharovo station still bears the name of the founder of the famous textile factory, located nearby on the banks of the Klyazma River. On the eve of the handing down the authority to manage the factory to his grandson Arseny, “Glukhovka” employed about nine thousand people.

Arseny Ivanovich Morozov took control of the manufactory in 1890 and held this position until the 1917 revolution. Under him, large-scale construction unfolded in Glukhovo and Bogorodsk. Factory buildings, hostels for workers, mansions for foreign specialists and engineers, a school and a church were built on the territory of modern Noginsk. It seemed that Arseny Morozov dreamed of realizing the utopian idea of ​​creating an ideal factory city. The Morozov buildings of this time are still recognized in Noginsk thanks to the architectural forms of the Art Nouveau style, popular at the beginning of the 20th century. One of these buildings is the house of Arseniy Ivanovich himself, which has been preserved in the Glukhovsky park on the banks of the Chernogolovsky pond.

To build his own mansion, the factory owner hired a fashionable architect, Alexander Vasilievich Kuznetsov. Above the central part of the house, which is decorated with a large window facing the pond, was once the home chapel of the factory owner. Arseny Morozov was brought up in an Old Believer family, so religion occupied a central place in his life. He was the chairman of the Old Believer community of Bogorodsk, contributed to the publication of the magazines Church and Old Believer Thought, literally not a single event of the religious life of the Old Believers near Moscow was held without his participation.

The religiosity of Arseny Morozov was reflected in the style of factory management. He allegedly preferred the Old Believers to the official church by the Orthodox and promoted his co-religionists to the best posts. It was recalled that some factory workers from among the Old Believers sought to deliberately catch the eye of their director’s prayer room, knowing that he highly appreciated the religiosity of his subordinates. The fact of belonging to a schismatic faith gave rise to other workers complaining about a factory owner in the capital: “This director, Arseny Morozov, is an evil schismatic sect, persecutor of the Orthodox church ... his next goal is for Orthodox Christians to go to his schismatic house of worship, of which there are two: one at the cottage, and the second at the top of the main office. " However, evidence of religious oppression of workers by state authorities could not be found.

In 1909, in the biography of the pious Arseny Morozov, there was a curious and unexpected episode: he, like the great writer Count Tolstoy, was excommunicated several years earlier. True, Morozov was excommunicated from the church of the Old Believers of the so-called "Austrian consent." The manufacturer, unlike the great writer, did not conflict with his clergy: he repented of his disagreements, and the excommunication was soon removed from him.

After the manifesto of Emperor Nicholas II of 1905 on religious freedom, Old Believers in Russia received the right to build legal churches. Huge stone churches replaced the secret prayer rooms in the mansions. Arseny Morozov, after 1905, funded the construction of about fifteen Old Believer churches in Bogorodsk and its district. Unfortunately, in Noginsk there is only one “Morozovskiy” church, converted into a lamb workshop of a bakery, as well as a couple of abandoned churches in the vicinity of the city. Morozov died in Bogorodsk at the age of 82 in 1932, and they buried him at the Rogozhsky cemetery in Moscow at the graves of his ancestors.